Circa 1840, a tavern constructed of stone from the quarry was built on the site and became a stagecoach stop. The tavern was a popular spot, said at one time to have "thirty six regular residents in addition to transients". Considering the size of the present-day structure, 36 residents would seem overwhelming!

This settlement on Salmon Creek, at the crossing of the Mexico-Texas and the New Haven-Port Ontario roads, was designated as "The Grindstone Quarry" in the town records of the 1820's.  Then "The Stone Quarry" and then"The Quarry".  The map of the 1840's calls it "The Village of Quarryville".  When the hamlet acquired a post office in the 1880's it took the name of Arthur. 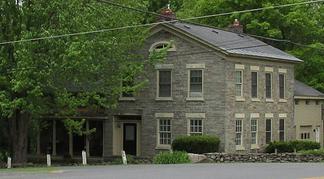 In an 1824 advertisement, George Scriba's son Frederick offered the quarry for lease; the stones produced said to be of very superior quality, "preferable to those of Nova Scotia".

​
The hamlet acquired a post office in the 1880's and took the name "Arthur", although no one having that name is cited in connection with the crossroads in Elizabeth Simpson's "Mexico Mother of Towns". 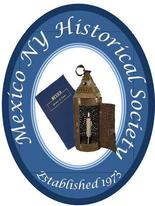