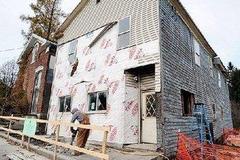 The Tin Smith Bench in the Starr Clark Tin Shop is the original used by Starr Clark.  The bench was discovered at the former Hart and Stone Store in Mexico and was donated to the Historical Society by Pam and Brian Roach.

When Clark died in 1866, the Rev. M. D. Kinney wrote Clark's eulogy: "Starr Clark had but one fundamental article in his political faith, and that was ... impartial justice to all men, without regard to condition or color. For a quarter of a century, during that long and dark period when the colored man had no friends ... and few that dared to be (open) he knew that in Mexico there was at least one man who had for him an open hand, an open purse, and (an) open house."

Construction and renovation work has begun to shore up the foundation and make the building secure, said James Hotchkiss, a member of the Mexico Historical Society's board of trustees.  "They're working on the whole interior, the foundation, ceiling, wiring, plumbing, heating and walls.," he said.  "Once its all done we'll put the exhibits in it."

​​Excerpt from the Post-Standard

The tin shop, on Main Street (Route 104) in the heart of the village, saw many reincarnations over the years. But today, thanks to some state money and fortitude by the Mexico Historical Society, it is on its way to becoming a museum to mark Mexicos importance along the Underground Railroad.

to make the shop look the same as when Starr Clark was making tin goods there. "We're even going to put in a little tin shop with local tinsmith David McLean in Scriba  helping make it authentic," she said. 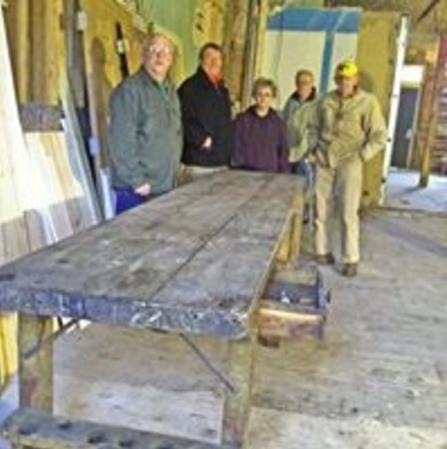 A former tin shop on the village of Mexico's Main Street could soon become one of the few Underground Railroad stations in New York that is open to the public.