It was the crossroads of the Salt Point-Watertown  and the Rotterdam-Mexico roads, now the corner of NYS Route 11 and County Route 69, that grew into the first hamlet in the town to receive a name - Mexico Four Corners.  Later, French settlers are said to havde chosen the present name Colosse.  Town records reveal the use of the name Mexico Four Corneers as late as 1823 and Colosse as early as 1825. 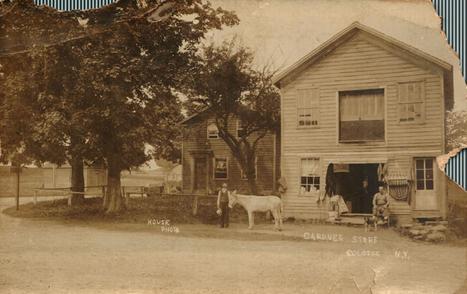 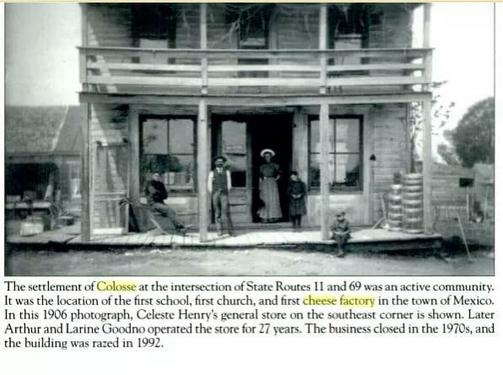 Smith William Bucky
Garret Gman Snyder
those bldg. on the right were Gardner’s Store. This is the intersection of Rt 69 and Rt11 . The Plank Road.
Colosse is the geographical center of Oswego County.
. 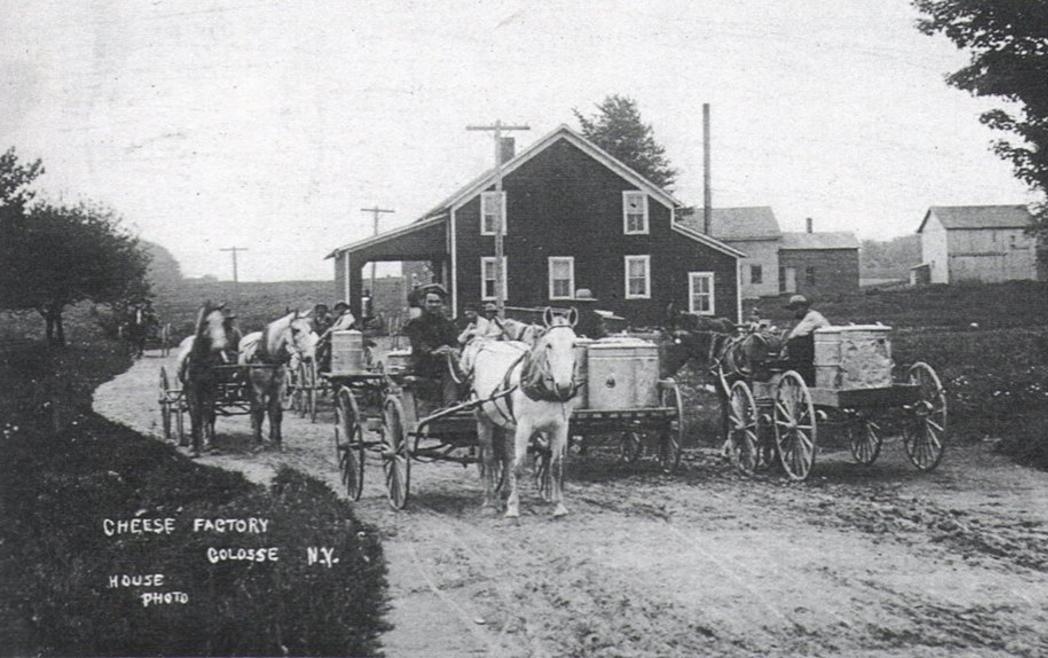 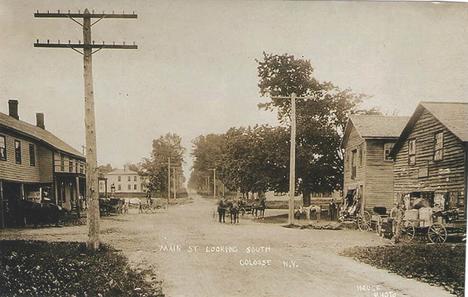 It is the old Gardner’s store in Colosse. The corner of rt 11 and rt 69. Bartell’s used to be across the road where Lloyd’s bar is now.

Liz Kilts
The store is gone, but the house is being worked on.

Judy Hosey
Thats Genevieve Gardner's old store ! Her husband Gerald, and her son Robert ! That was in Collose New York..on the Corner of 11 and Rt 69.. in the winter time we used to go down there and play cards in the evenings sometimes

Jack Ginn
loved the corey family, bobby was a good boy, and genevieve worked so hard.