Many of the first French settlers came in the 1820's and 1840's at a period when France was suffering from the results of the Napoleonic wars and later political turmoil, when young men were forced to give at least four years of their lives to military service.  Members of both Catholic and Protestant communions came and settled in the southeastern part of Mexico town, in a rectangle of about twenty survey lots. Their choice of this particular area is said to have been due to the fact that Joseph Mattes (Matty) had a large holding of land here and when French travelers came up the Hudson and the Erie Canal as far as Syracuse, Mr. Mattes, speaking French, was easily able to persuade them to buy farms in his holdings.

Many of the new comers were farmers accustomed to the greatly sub-divided ribbon fields of France.  As a result many of the farms first purchased were small; but this gradually changed as they were combined into larger ones in the American way. Today clumps of tiger lilies bloom in wooded lots, showing where former clearings and homes were located. 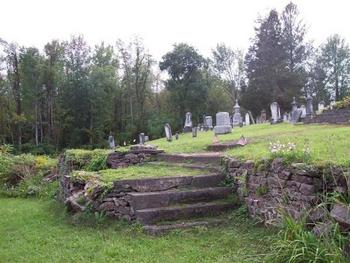 "This thrifty settlement is unique in having an entirely European background, its people coming from Alace-Lorraine and many different parts of France..." 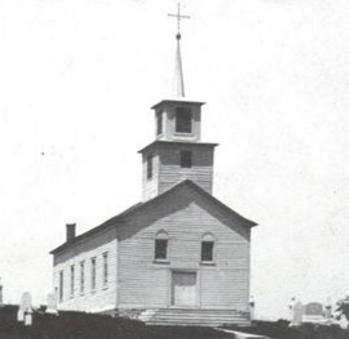 Rosetta Henry Fellers, Midwife and Healer for the French Street Settlement had a whole pharmacopoeia of simples she collected from surrounding woods and fields: boneset for the stomach, red clover for the heart, black cherry bark, sarsaparilla root and burdock root for purifying the blood, sumac or sore throat, catnip tea and anise see tea, good for babies, slippery elm bark for colds, gold thread for sore mouth, flax seed for making poultices,  and sap of the grape vine, as well as rose leaves and the Easter lily for sore eyes.   Butternut bark was the universal laxative. 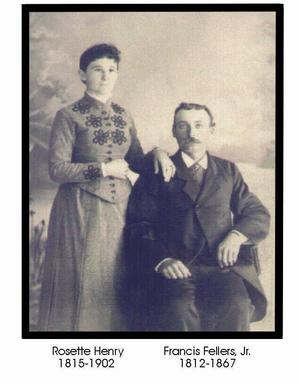 St. Ann's Catholic Church on French Street was built in 1840 and services were conducted by a Franciscan Father from Syracuse.  Later the parish became an out mission of other churches.  In 1914 Mexico erected St. Mary's Star of the Sea Roman Catholic Church and St. Ann's became an out mission of that church.  Many of the gravestones in the adjoining cemetery are the work of the Salladin family who were noted for their excellent workmanship.