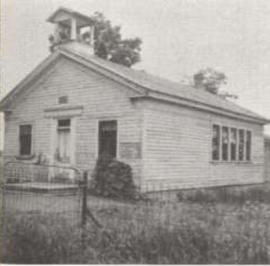 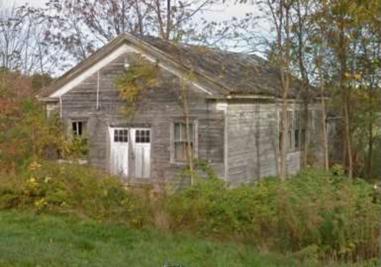 The Texas school, also known as District No 1, is located on the north side of route 104B, just west of route16.  For many years it was used for numerous community functions until not too long ago.

Texas was settled around 1820 after disasters, disease and fire destroyed nearby Vera Cruz. The name Texas was no doubt derived from the association of Vera Cruz with the country of Mexico.
Circa 1854, Texas boasted a paper mill and associated store, a feed and grist mill, a school house, a factory making cheese boxes, a kiln producing bricks, and The Texas Hotel that burned in 1898.
By 1873, Texas had 50 homes, a church and 2 stores. By 1893, Texas had an additional church located " within a few rods" of the existing church.
Texas had once a week mail delivery Prior to 1847, the post office being in the home of resident Hiram Parker.