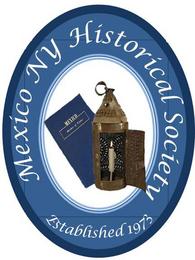 Starr Clark and his wife, Harriet Loomis Clark, were abolitionists and Underground Railroad activists in the Village of Mexico, from late 1832 until the Civil War. The Clarks welcomed freedom seekers, provided housing for them either in the Starr Tin Shop, their own home, or in the homes of other antislavery families, arranged schedules for forwarding "the goods", and provided transportation to the next station. The Starr Clark Tin Shop, neighboring the Clark residence, is a two-story wood-framed vernacular building built about 1827 with Federal details. It is located in the center of the village along three major transportation routes, making it valuable for Underground Railroad activities.

From his arrival in Mexico in 1832 until his death in 1866, Starr Cark (1793-1866) helped make Mexico one of the most active abolitionist and Underground Railroad centers in central New York. From his home and adjoining store in the Tin Shop, Clark helped to organize Mexico's first antislavery society. In 1835 he wrote the first antislavery petition sent from Mexico. In 1838, he was a member of the Mexico Vigilance Committee, and in one case, well-documented in the newspaper The Friend of Man, assisted a runaway named George to go to Canada. Through the 1840s and 1850s, he worked to strengthen the anti-slavery wing of the Whig party, and continued to sign antislavery petitions. When a free black man, James Watkins Seward, was imprisoned in New Orleans, Clark wrote to the New York Governor pleading with him to contact the Governor of Louisiana to demand the man's release. Evidence to support the Clarks' anti-slavery position is found in signed petitions, minutes of the Oswego County Anti-Slavery Society, correspondence with other abolitionists, the published account of the fugitive "George", obituaries, and accounts written by direct descendants.

Clark was born in Massachusetts in 1793, but spent his youth in New York as well as New England. In 1815 he married Harriet Loomis from Verona, NY, and in Danby they experienced a religious conversion affecting the rest of their lives. They had eight children, and their last son born in 1831 was named for Theodore Weld later one of the best known abolitionist orators in the country. In Mexico Starr Clark managed a store with which he was given use of the adjoining house and garden. He became treasurer for the county in 1840. In addition to business, Starr contributed money for the Mexico Academy and served on its Board of Trustees. Starr Clark died in 1866 and his wife Harriet in 1873.