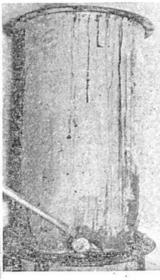 The early settlers made their own brew to supplement their water supply until land was cleared for a garden, a log cabin, fields for the animals, and room to dig a well.  As taverns were built to shelter the weary traveler the brew was served to ease the aches and pains.  And, of course, rules and regulations followed.  Now, fast forward a hundred years – this article appeared in the newspaper in 1939:

Absence of Snow House Roof Leads To Discovery Of Large 1,000 Gallon Still because sharp- eyed agents of the federal alcohol tax unit from Syracuse noticed the roof and eves of the former O’Mara farmhouse on the Mexico-Colosse road two miles from the village, was bare of ice and snow, four men and a woman are awaiting federal indictments today for illegal operations of an alcohol distilling unit.

Those arrested when the agents suddenly cracked down on the house where the 1,000 gallon still was operating, were James Ray, 23, a tenant on the farm, Evelyn Ray his wife and Stanley Stark, 22, of Utica.  They were booked on charges of illegally operating a still and a conspiracy to defraud the government of taxes.

Agents said the still had been operating in the yellow frame farmhouse for about three weeks, the time when the young tenants moved in.  They are alleged to have suspected the location of a still in this vicinity and had been scouring the country in an effort to locate it.

They grew suspicious of the former O’Mara place when they noticed no ice and snow covered the roof and that flakes melted almost as soon as they touched the roof’s surface.  The heat escaping from the operation of the still was responsible for causing the snow to melt.

With plans for the raid made, agents swooped into the farmhouse at six-thirty Saturday morning.  Ray and his wife had been married a little more than a month ago it was learned. The federal agents took their prisoners to Syracuse where they were arraigned Saturday afternoon before U.S. Commissioner Edward Chapman.

They placed the plant’s value at $2,000, and said they found 10,000 gallons of mash and 110 gallons of finished alcohol in a receiving tank.  The mash was dumped on the farm lawn.  Agents dismantled the copper-lined still and loaded it on a truck for the delivery to Syracuse.

Installation of the 1,000 gallon still, virtually ruined the interior of the house.  The still, about twenty feet in height, had its base in the cellar while the floors of both first and second stories were cut through to allow placing of the still.  The top of the plant extended a few feet into the attic.

Rooms of the house were unkempt and disheveled with scant articles of furniture on the first floor.  Only two small army cots were located on the upper floor. 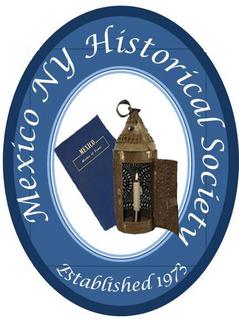