Frederick Douglass was an escaped slave who became a prominent activist, author and public speaker. He became a leader in the abolitionist movement, which sought to end the practice of slavery, before and during the Civil War.

“I was the conductor of the Underground Railroad for eight years, and I can say what most conductors can't say; I never ran my train off the track and I never lost a passenger.”
—Harriet Tubman
​

Language of the Underground Railroad

Ever since the first African slaves came to this country in the 1600s, there were many attempts to escape to freedom. However, they didn’t have a phrase for this effort until around 1830. America’s first railroads began to run that year. People who helped organize these escapes began to think of their work in terms of a railroad. They added “underground” because their work was underground, or very secretive.
They called the people who helped slaves escape “conductors,” like the people who ran the trains. Harriet Tubman was a famous conductor on the Underground Railroad.
The safe places where escaping slaves could hide were called “stations,” just like the stations on a railroad. The “station master” was a person in charge of that hiding place, just as the station master was in charge of a railroad station.
The people who were traveling were sometimes called “passengers,” just as they would be on a regular train.  At other times, they were referred to as “baggage.”

Harriet Tubman (born Araminta Ross, c. March 1822 – March 10, 1913) was an American abolitionist and political activist. Born into slavery, Tubman escaped and subsequently made some 13 missions to rescue approximately 70 enslaved people, including family and friends,[2] using the network of antislavery activists and safe houses known as the Underground Railroad.                Harriet Tubman is sometimes referred to as the Moses of her people because of the way she led them out of slavery.

During the American Civil War, she served as an armed scout and spy for the Union Army.  In her later years,  Tubman  was   an ​activist in the struggle for women's suffrage.

At the heart of the Underground Railroad were the beliefs of the abolitionist movement. The 18th Century Quakers, members of the Religious Society of Friends, were the first organized abolitionists, believing that slavery violated Christian principles. By the first decades of the 1800s, every state in the North had legally abolished slavery. Abolitionist ideas then spread West into the territories that would soon become Indiana and Ohio. Abolitionists firmly believed that slavery was against their Christian faith. Others considered the contradictory aspects of independence for a country that held enslaved individuals, which led many to become active on the Underground Railroad.

Not content to wait for laws to change or for slavery to implode itself, railroad activists helped individual fugitive slaves find the light of freedom.
The Underground Railroadoperated at night. Slaves were moved from "station" to "station" by abolitionists. These "stations" were usually homes and churches — any safe place to rest and eat before continuing on the journey to freedom, as faraway as Canada. Often whites would pretend to be the masters of the fugitives to avoid capture. Sometimes lighter skinned African Americans took this role. In one spectacular case, HENRY "BOX" BROWN arranged for a friend to put him in a wooden box, where he had only a few biscuits and some water. His friend mailed him to the North, where bemused abolitionists received him in Philadelphia.

​     Most of the time, however, slaves crept northward on their own, looking for the signal that designated the next safe haven. This was indeed risky business, because SLAVE CATCHERS and sheriffs were constantly on the lookout. Over 3,200 people are known to have worked on the railroad between 1830 and the end of the Civil War. Many will remain forever anonymous.

The Underground Railroad was established to aid enslaved people in their escape to freedom.  The railroad was comprised of dozens of secret routes and safe houses originating in the slaveholding states and extending all the way to the Canadian border, the only area where fugitives could be assured of their freedom.  Shorter routes led south from Florida to Cuba or from Texas to Mexico.  The Underground Railroad also included the smuggling of fugitive slaves onto ships that carried them to ports in the North or outside the United States.

“People might not get all they work for in this world, but they must certainly work for all they get.”​ 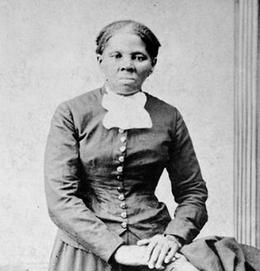 The song “Steal Away” is said to be born in a cotton field where there were a great number of slaves hoeing cotton. The leader who always planned the date when the slaves would go secretly, after nightfall, to hear a Northern white clergyman preach the gospel of salvation through Christ would first whisper, “Steal away,” to the slave next in line to him. This whispered word, spoken over rhythmic measures of hoe strokes of the choppers, was passed along the line until it reached the last individual. Work, of course, took on a more lively gait from this moment. Then the spoken word gradually took on melody which surged forth increasingly on the rhythmic verve of spirited melody of a decidedly African idiomatic pattern." 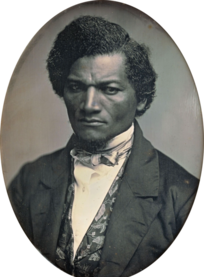 Because many slaves knew the secret meanings of some songs, they could be used to signal many things.  Harriet Tubman, for example, used the song "Wade in the Water" to tell excaping slaves to leave the trail and walk in the water to make sure the slavecatchers dogs couldn't sniff out their trail.